Explore one of Asia’s most captivating cities: Shanghai. Spend three days getting to know the metropolis, from the frantic energy of the Pudong financial district to the serene Yu Gardens. Discover Shanghai’s rich history and culture which is juxtaposed against the skyscrapers and modern arts scene. 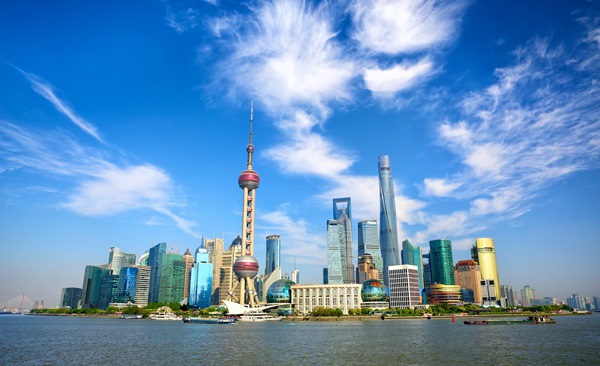 Discover a historic side of Shanghai

Explore the Shanghai Museum’s impressive ancient artefacts at, wander through old neighbourhoods and walk the Bund, a reminder of the French concession.

Gaze up to Pudong’s skyscrapers, stroll under Nanjing Road’s neon lights and explore the modern art scene at M50 gallery.

Get a dose of local culture

Arrive into Shanghai in the most unique way possible: aboard the Maglev. An electromagnetic train, this contemporary mode of transport offers the most economical means of reaching the city from the airport. Experience the eight-minute ride across 30 km, taking note of the speeds along the way, which clock as fast as 430 km/hour!

Taking further advantage of the city’s excellent public transport, ride the subway from Longyang station (the terminal station of the Maglev) to Lujiazui station, ultimately arriving in the Pudong district. One of the most important and iconic business centers in Shanghai, it was not long ago that Pudong was nothing more than an agricultural marsh!

Note: Concerned about baggage? Worry not! Luggage will be picked up at the airport for allow travelling light into the city.

Getting Situated: In Shanghai, “dong” means “east” and “xi” means “west.” The Huangpu River separates the Puxi and Pudong areas. Puxi is the entire downtown region of the city west of the river, while Pudong is the whole region of the city east of it.

Begin the Shanghai tour in Lujiazui, where the giants of the city await. The Orient Pearl TV Tower, Jin Mao Tower, and Shanghai Tower. Shanghai Tower is 632 meters tall with 121 floors above ground and 5 floors underground, it becomes the tallest and largest building in China. Can take its super high speed elevator to its 118th floor observation terrace and enjoy a panoramic view of the city.

In stark contrast to this atmospheric visit, head underground to the famous Bund Sightseeing Tunnel, a mini subway line crossing the Huangpu River into Puxi.

Continue the Shanghai tour onwards to the Bund: the city’s famous promenade. Running alongside some of Puxi’s most historical buildings, this area dates back to the 1930’s and displays Shanghai’s rich culture and European influence.

Move along to the stimulating Nanjing Road, overflowing with colorful signs and crowds of locals and tourists alike. Stroll the neighboring streets, take in the ‘recycled’ attractions, note the restaurants, food stalls, and loads more… a quintessential Asian metropolis.

Conclude the Shanghai city tour experience at People’s Square, the former site of the Shanghai Racetrack. Transport will be available from here back to the hotel.

Note: Maglev train (7:00 - 21:30) operates only from Pudong airport (we will arrange standard transportation if flights arrive and leave from Hongqiao airport.) Airport transfers will be sorted according to arrival/departure times.

After a comprehensive first day, commence Day Two with the Shanghai Museum: one of China’s best museums for Asian artifacts. From the world’s foremost Chinese bronze collection and Qing Dynasty jade & furniture to Buddhist scriptures and Chinese artifacts, ample time will be offered for exploring this incredible collection.

Continuing on from the museum, head for the Jade Buddha Temple, Shanghai’s most well-known temple. Its famous jade statue was one of 5 such relics brought back from Burma by a monk from the island of Putuoshan.

Complete the day with a cultural art visit to M50 (50 Moganshan Road). Between M50 and Beijing’s 798 District, China has become quite the global leader in contemporary arts. Enjoy plenty of free time to explore this industrial art complex.

Kick off the final full day with a visit to the French Concession, a symbol of the past privileges given to Westerners. Begin the stroll at Fuxing Park for a view of China’s morning exercise/wellness routines. Follow the streets through the French Concession, where colonial residences now stand transformed into restaurants, bars, and diverse boutiques. A former global capital of vice, this Shanghai quarter once stood exempt from Chinese law!

The morning continues on through Xintiandi, a revitalized neighborhood that now stands as one of the most animated centers of the city. Conclude the Concession walk by traversing Tianzifang, a maze of alleyways and lanes boasting restaurants, boutiques, and small galleries full of authentic, modern art.

Transporting from colonial to traditional, head onwards to Shanghai’s old town. Though mostly restored today, visitors can explore the remaining lilongs (equivalent to Beijing’s hutongs), where local Shanghai life goes on as normal. The old town also houses the Yu Garden, a great place to get acquainted with the Chinese art of gardenscaping. An extremely popular visit on the weekends, it’s best to explore the grounds just before closing hours.

Feeling brave? Why not end the Shanghai city tour with a visit to the bazaar? From produce to souvenirs, locals and visitors alike haggle for the best prices on unique finds; the ideal place to pick up a Shanghai keepsake! For those uninterested in the haggle, head to the harmonious Huxinting Teahouse for a light refreshment.

Optional: Interested in some Chinese wellness? Expel stress and tension with a traditional Chinese massage, or “acupressure”, focusing on acupuncture points to stimulate the body’s natural healing process.

Reflect on this enlightening Shanghai experience before heading onwards with a transfer to the airport!