Asia has recently hosted the Athletic World Championships and Rugby World Cup – and will in the next year or two be welcoming the international sporting events. Whilst these standout international events have really put the spotlight on the region, there is always the chance to experience a more local flavor when it comes to sports.

Whether it be a relaxed game of petanque in Laos, learning the art of Samurai sword fighting in Japan or punching some bags on a muay thai lesson in Thailand, there’s something healthy and cultural for everyone to enjoy — even the least sporty sorts.

Introduced by the French in the 1800s, petanque is a favourite pastime in Laos enjoyed by all ages. When visiting Laos, don’t be surprised if locals ask you to join them for a game.

It’s great fun and an excellent way to interact with the Lao people who are more than happy to have friendly competition from visitors.

As the sun sets this is a lovely start to the evening, before enjoying an exploration of Luang Prabang by night. 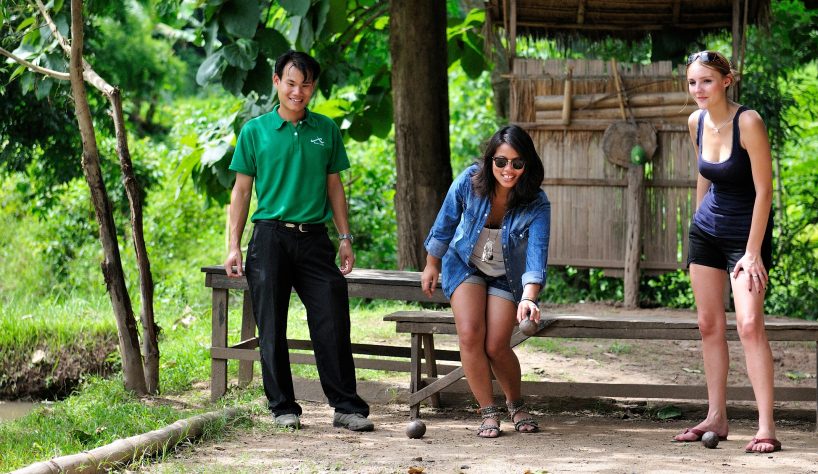 Muay Thai – or Thai Kicking Boxing – is not only a national sport of Thailand but also famous on the international ring.

Proponents say it is the perfect martial art, combining effective technique with workout that burns over 1000 calories an hour and help hone your mind, body and spirit.

One of the best ways to gain an insight into this is to enjoy an introductory lesson or watch a live muay thai fight. Our Magic of Muay Thai Masterclass combines both, with a behind the scenes visit at Bangkok’s premier Thai boxing gym and a chance to train with a professional trainer. 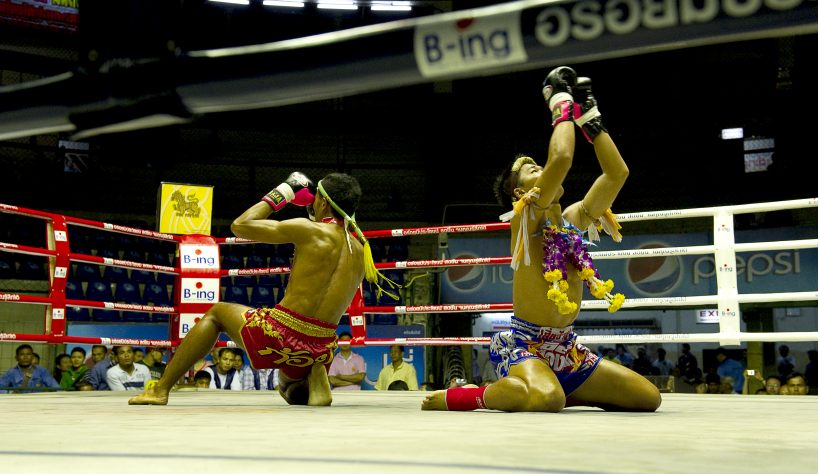 For a more gentle take on the martial arts, Tai Chi is another ancient practice that is both physical and spiritual.

Often described as a moving meditation, Tai Chi is believed to  help to balance the opposing forces within the body (known as yin and yang) and encourage the flow of chi (energy) through the body to promote good health.

riginating in China, Tai Chi can be seen practised in the early morning in parks throughout asia.

Taking part is always welcomed, but to get the basics under your belt, take a lesson with a Tai Chi master in Shanghai.

Japan is certainly not lacking when it comes to adventurous sports and activities.

Whether it’s being a Ninja for the day or learning how to handle a samurai sword, we are able to organize experiences that connect you with the country and deliver truly memorable moments.

A private tour of a Sumo Stable gives behind the scenes access to one of Japan’s most beloved national sports, eating lunch with them and getting the chance to see them train (we don’t however recommend hands-on practice with these veritable man-mountains, as the largest Sumo champions can be close to ¼ of a ton!). 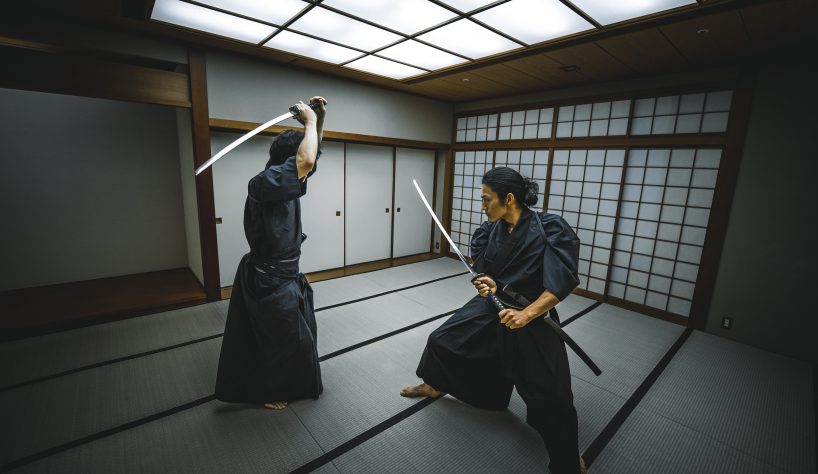 For anyone journeying through Southeast Asia it’s common to see a little rattan ball being kicked around, or being sold from street-side shops.

The game is a cross between football and volleyball: feet, head, knees and chest can touch the ball but not hands, and it’s held in a court with a net in the middle.

Each country in Southeast Asia had its own version of the game until representatives from five countries met in 1960 to standardize the rules and regulations of the game.

They also came up with the official name of ‘sepak takraw’ from the Malay word for ‘kick’ (sepak) and a Thai word to describe the woven ball used (takraw).

However it is still often referred to by different names: ‘sepak raga’ in Malaysia, Singapore and Brunei, ‘rago’ in Indonesia, ‘kator’ in Laos, simply ‘takraw’ in Thailand, ‘sipa’ in the Philippines, and ‘ta cau’ in Vietnam.

Myanmar’s national sport is a non-competitive version of it called ‘chinlone’.

Watch this dance-like game as the sun sets on Mahabandoola Park, as part of a city tour of Yangon. 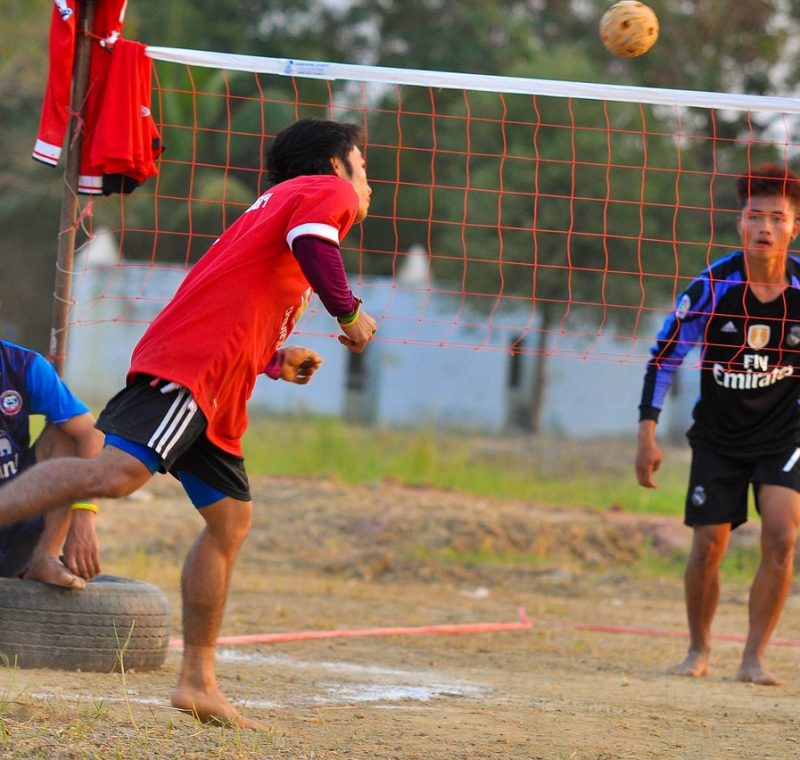 To visit any of the countries mentioned above, and to go from spectator to sportsperson, contact our travel consultants below!